A Community Effort of Friends... to Make one Thing Perfectly Clear—Water 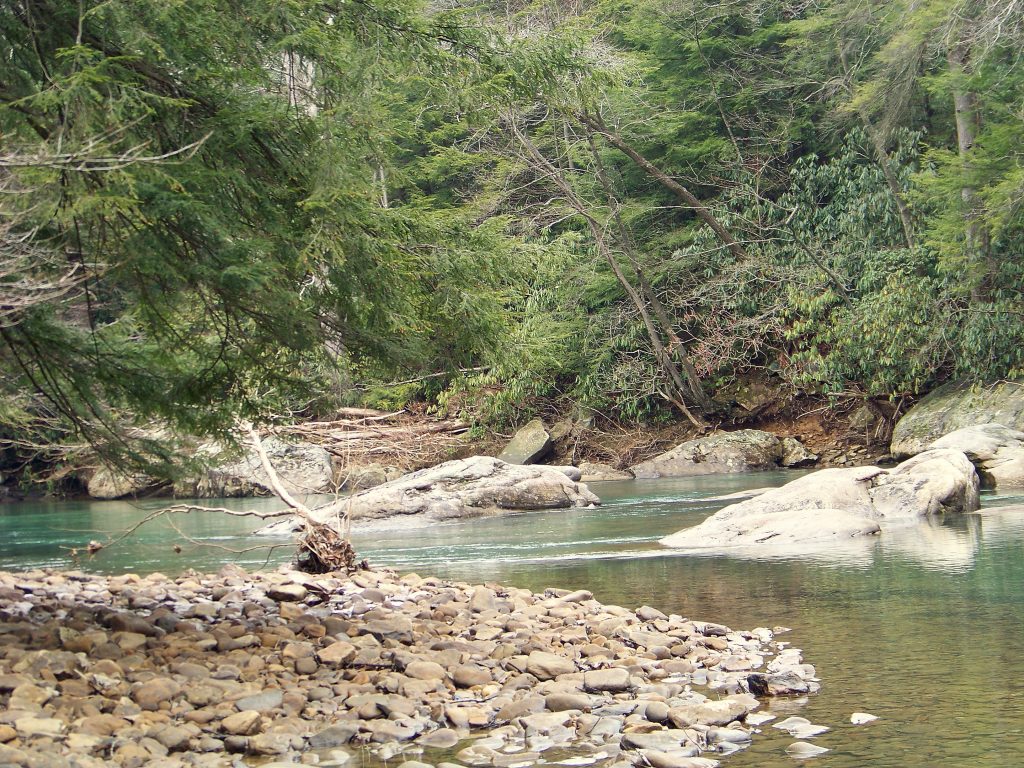 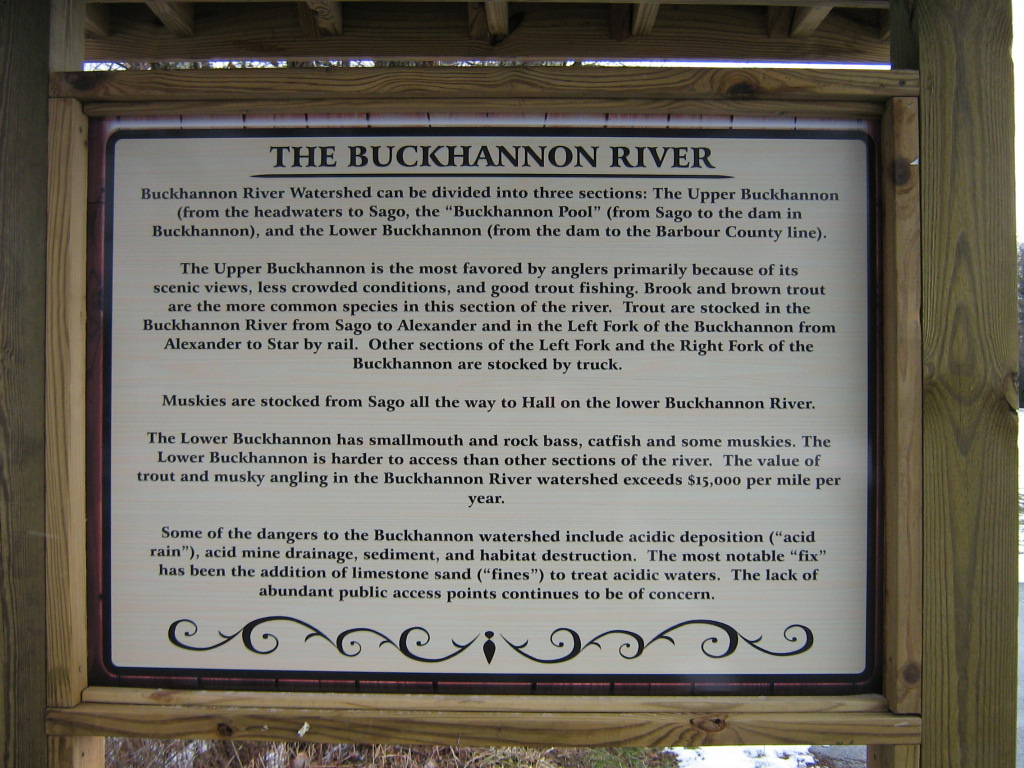 Protecting and promoting the Buckhannon River Watershed, since 2001

The Buckhannon River Watershed Association is an outgrowth of a meeting called by WV Dept. of Environmental Protection’s Stream Restoration Group, the WV Conservation Agency, and WV Wesleyan College’s GREEN Club. The purpose of the meeting was for coordinating rejuvenation and quality-maintenance of the Buckhannon River watershed and inviting the public to become involved therein. At this January 2001 meeting, a sign-up sheet for an “interest meeting” was available. The result was an interest meeting held at The First United Methodist Church in Buckhannon on 12 February 2001 at which an organizing committee was elected by those present. By March 27, 2001, at the end of the second organizational meeting a name had been chosen for the organization, a Board of Directors had been elected, bylaws adopted, and membership dues agreed upon. This first Board of Directors consisted of Dr. Jeff Simmons, Chair; Mr. Burl Smith Vice-Chair; Mr. Jim Mitchell, Treasurer; and Dr. G. Paul Richter, Secretary; Don Gasper, Jeff Kelley, Tom Landis, and Lisa McLeod.

At that March 2001 meeting, a list of concerns dealing with the Buckhannon River, its tributaries, and the land that they drain was compiled from those voiced and prioritized by the audience. Representatives of state agencies, such as WV Soil Conservation Agency and The Department of Natural Resources, were present to help the audience focus on important problems and rank them.

By the end of the BRWA board meeting in early April 2001, decisions for incorporation, applying for non-profit status, preparing a brochure, and applying for a grant had been activated.

At the first public meeting of the official Buckhannon Watershed Association (May, 2001) Don Phares, Assistant Chief of Fisheries, WV D.N.R., made a slide presentation on trout in the Buckhannon River.

By August, 2001 a Stream Partners grant for $3652 had been received. Using that grant money, BRWA had accomplished a number of things by September 2002. This included the following: 1000 copies of a glossy color brochure for public distribution were printed; a large portable, free-standing, educational display was prepared by a commercial printing company; a large banner commercially made; and money set aside for purchasing trees for landscaping the River Walk, for employing an intern, and for publishing perhaps two editions of a newsletter.

In August, BRWA had also officially registered its moral support of WV Soil Conservation Agency’s “Incremental 319 Watersheds Project.” Although no active work or BRWA money were involved, it allowed the association to register its interest in official undertakings by state and federal agencies involved with protection of watersheds.

By the fall of 2001, BRWA had 40 to 45 individual members and six organizational members. In addition, the board had approved a one-year strategic plan, which included some of the projects listed above and water-quality monitoring.

At the second public meeting that BRWA hosted in January 2002, Jim Kochenderfer of the U.S.F.’s Northeast Experiment Station spoke on sedimentation and flooding. His conclusion, based on Fernow Experimental Forest data, was that timbering, per se, does not cause longer-term flooding. The data show, however, led some in the audience to question the conclusion as far as shorter-term (four years) flooding is concerned.

The second annual membership meeting featured Jeremy Muller of West Virginia Rivers Coalition speaking on the state’s new antidegradation rule, a controversial topic of much interest. Also at this membership meeting, members elected new board members to replace the three whose terms had expired and the one who had resigned.

Another public meeting was held in July of 2002. The program featured a panel discussion concerning tree-removal from the City of Buckhannon’s water impoundment of the Buckhannon River. The panelists were Burl Smith, City Engineer; Michael Hawranick, WV Dept. of Health; Kevin Yokum, WV Dept. of Nat. Resources; Jim Marsh, Husky Musky Club. The issue is somewhat controversial because trees and tree stumps in the water serve as protection and a source of food-production for fish, yet they permit silt build-up in various locations and are potential boating hazards.

Miscellaneous activities in 2002 have included water-sampling (and calling for volunteers to help) and exhibiting the watershed map and distributing BRWA brochures at the Maple Syrup Festival (Pickens) and the Strawberry Festival (Buckhannon). A few BRWA members were trained by WV D.E.P.’s Save Our Streams for doing streamside bioassessments. 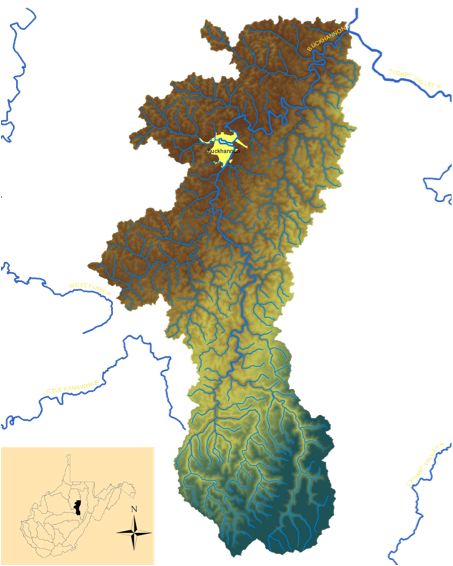 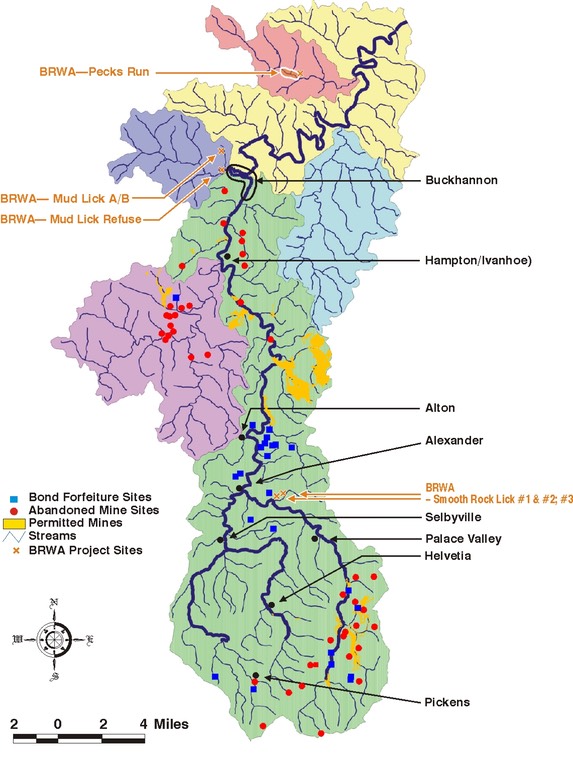 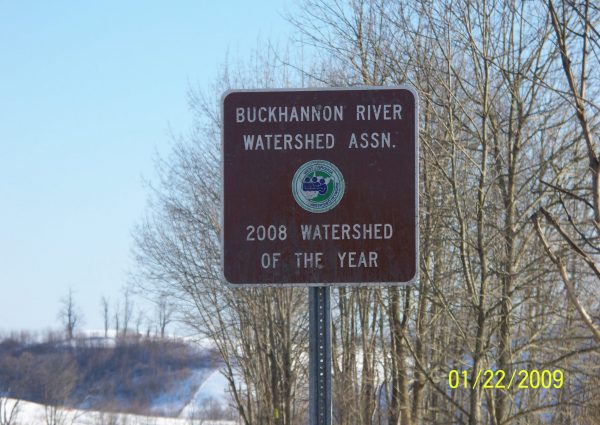 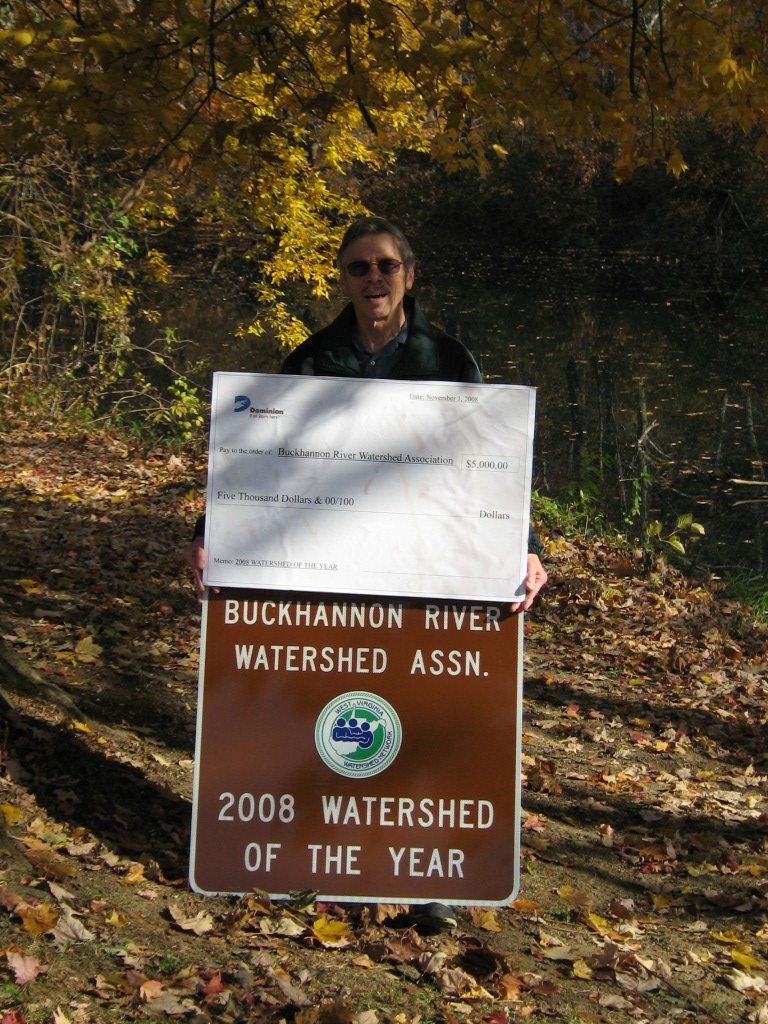 You can get involved in improving water quality today!